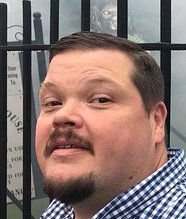 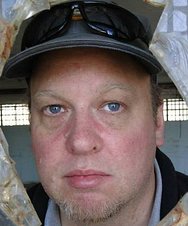 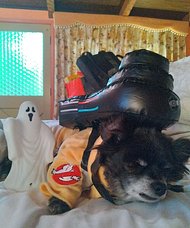 Judy is the organization's Mascot. She is a rescue dog that enjoys chicken treats and has a keen sense of spirits. She is a great support to the team and really doesn't have to do much. She just sits around and allows us to feed her and analyze any evidence. She was a rescue from Muttville.com .She enjoys traveling and taking long walks in the local cemetaries.

The paranormal has always been a passion for Tommy Netzband. He grew up in Chicago but has lived in San Francisco over 25 years. He had his own paranormal experiences as a child. His interest in the paranormal has allowed him to study such esoteric arts like Tarot, Voudou and Wicca. He currently runs the Haunted Haight Walking Tour. He enjoys talking about the many ghosts of California and specializing in San Francisco lore and supernatural happenings. He has been on numerous television shows, like MysteryQuest on the History Channel and Legends of for the Travel Channel. He currently produces a podcast called "My Personal Paranormal."

Anthony Anderson has been involved with the paranormal for many years. He specializes in Electronic Voice Phenomena and has great skills in classifying this work. He can be seen lecturing on hauntings and traveling the world for the next paranormal investigation. He has been seen on Comcast, The Travel Channel and is the co-host and creator of "Ecto-Portal" podcast. He too has experienced the paranormal as a child and has dealt with his share of entities. He brings a creative and logical side to the organization.

We love the paranormal!

We enjoy the sharing of ideas and have done so for over 15 years. We have always welcomed other paranormal groups to join us in the further research of the paranormal. Our years of research and our educational conferences have allowed us the be the most respected and inclusive organization. We always welcome new ideas to advance the field. Many of our members are part of other paranormal organizations and we have always encouraged that. It is this philosophy that has nurtured San Francisco Ghost Society into the amazing  resource to the supernatural.